As long as people remain obsessed with false paradigms and faux enemies, the establishment’s goal of complete centralized dominance will be predictably attainable. If we change our focus to the internationalists as the true danger instead of playing their game by their rules, then things will become far more interesting … 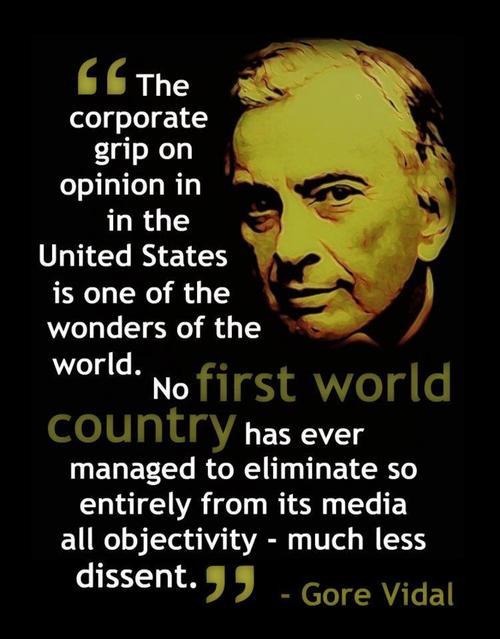 Over a year ago I published an essay entitled ‘The Linchpin Lie: How Global Collapse Will Be Sold To The Masses’.

This essay addressed efforts by the ever malicious Rand Corporation to create a false narrative surrounding the possibility of global collapse. Linchpin Theory, as it was named by it’s originator and Rand Corp. employee, John Casti, is I believe the very future of propaganda. Every engineered crisis needs a clever cover story, and in Linchpin Theory, we are told that all human catastrophe is a mere natural product of the “overcomplexity” within various systems.

Yes, there is no accounting of false flag geopolitics or elitist conspiracy, no acknowledgement of deliberately initiated chaos; such things do not exist in the world of “linchpins”. Rather, the Rand Corporation would have us believe that the world is a massive game of Jenga, and the supporting pieces just remove themselves from the teetering structure by magical and coincidental causality.

Today, the linchpin lie is now being carefully inserted into the mainstream narrative. I can’t say I was shocked to hear Alan Greenspan use its basic premise when he recently stated that:

“I have come to the conclusion that bubbles…are a function of human nature. We don’t have enough observations, but my tentative hypothesis to what we’re dealing with is that both a necessary and sufficient condition for the emergence of a bubble is a protracted period of stable economic activity at low inflation. So it is a very difficult policy problem. I do believe that central banks that believe they can quell bubbles are living in a state of unrealism.”

It is important that we understand what Greenspan is actually doing here. The former Fed chairman is asserting that economic bubbles like the derivatives bubble of 2008 are a “natural function”, like the seasons, and are out of the control of central bankers. The truth is that central bankers have never tried to “quell” economic bubbles, they have been deliberately creating them in order to position the global economy into a crisis which they can then exploit.

Greenspan is not only diverting blame for all the past and future economic crashes central banks have engineered, he is also setting the propaganda stage for a great change in the dynamic of the central banking concept – what the IMF’s Christine Lagarde calls the “global economic reset”.

The current central banking structure gives the illusion of separation and sovereignty. Most people who have not researched the nature of the international banking cartel believe that the Federal Reserve, for instance, is a separate national entity from the Central Bank of Russia, or the Central Bank of China. They believe that these institutions act of their own accord rather than in concert with each other.

The reality is, there is no Federal Reserve. There is no Central Bank of Russia. There are no separate entities. There are no Western banks and there are no BRICS. All of these banking edifices are merely front organizations for global financiers, as Council on Foreign Relations insider (and friend to the Rockefellers) Carroll Quigley made clear in his book, Tragedy And Hope:

“It must not be felt that the heads of the world’s chief central banks were themselves substantive powers in world finance. They were not. Rather they were the technicians and agents of the dominant investment bankers of their own countries, who had raised them up, and who were perfectly capable of throwing them down. The substantive financial powers of the world were in the hands of these investment bankers who remained largely behind the scenes in their own unincorporated private banks. These formed a system of international cooperation and national dominance which was more private, more powerful, and more secret than that of their agents in the central banks.”

A “global economic reset”, I suspect, will consist of a grand shift away from covert cooperation between central banks to an OPENLY centralized one-world banking system, predicated on the concepts put forward by the IMF and led by the Bank of International Settlements (BIS), which has always been behind the scenes handing down commandments to the seemingly separate central banks of nations.

In order for this “reset” to be achieved, however, the establishment needs a historically monumental distraction. A distraction so confounding and terrifying that by the time the public has a chance to examine the situation rationally, the elites have already tightened the noose.

The Deliberate Collapsing Of The Dollar [FRN] Based Monetary System

I have been warning ever since the beginning of the derivatives/debt collapse of 2007/2008 that the international financiers and globalists who created the artificially low interest rates and fiat lending bonanza would one day be required to fashion a considerably dangerous event in order to trigger the final collapse of the dollar based monetary system and replace it with a new currency (or basket of currencies), along with a new centralized financial authority.

1) The use of what I call the “scattershot effect”; a swarm of smaller crises growing exponentially until it blurs together to create one dynamic calamity.

2) The use of multiple false paradigms in order to confuse the masses and pit them against one another in an absurd fight over fake and meaningless causes.

3) The use of deceptive benevolence on the part of the financial elite as they tap dance in to act as global “mediators”, ready to save the public from itself.

The end result would be a new brand of “world war” rather unique to history.